‘Benjamin Owen’s recent work has explored the potential for objects to become performative as they drift through junk shops, commercial environments and museums. The objects, whether priceless or discarded, carry their own narratives in their passage to future museums or future landfill. Whatever their status they are designed, fabricated and produced – they leave a cultural footprint behind as time moves on. A tableau is set up on a free-standing piece of scenery and a series of objects are depicted, photographed or reproduced. The objects don’t reveal their status clearly here, performing on the shelves of stores or within museum vitrines. Two digital prints spill into the gallery space and lead us toward a companion piece.

Owen has kidnapped a sequence from the film, Return to Oz (1985) directed by Walter Murch, isolating a sequence from the larger narrative of the film and stripping back any extraneous detail. In Ben’s version we see Dorothy going from object to object, silently interrogating each item like a casual browser in a charity shop.The cuts are sharp and the timeline feels corrupt and compressed, the soundtrack pitching to a crescendo and back as the plot doubles back on itself. In the original film only two of these objects further the plot, in Owen’s film of actions without consequences everything in the room is made equal, the hierarchy collapses.’ 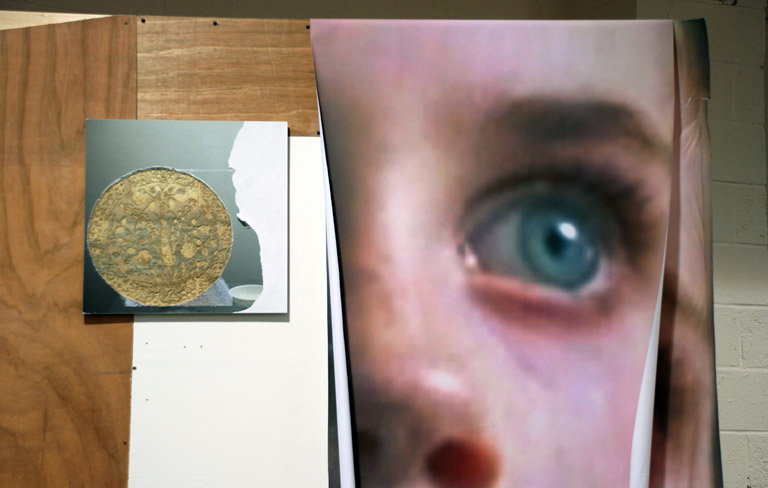 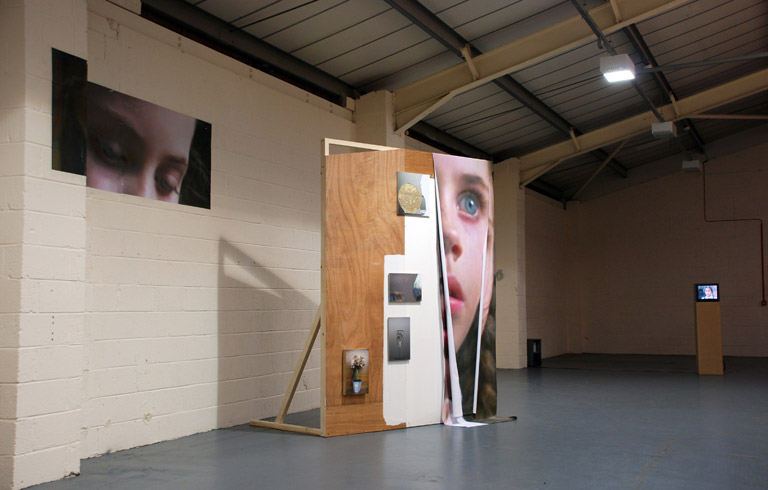 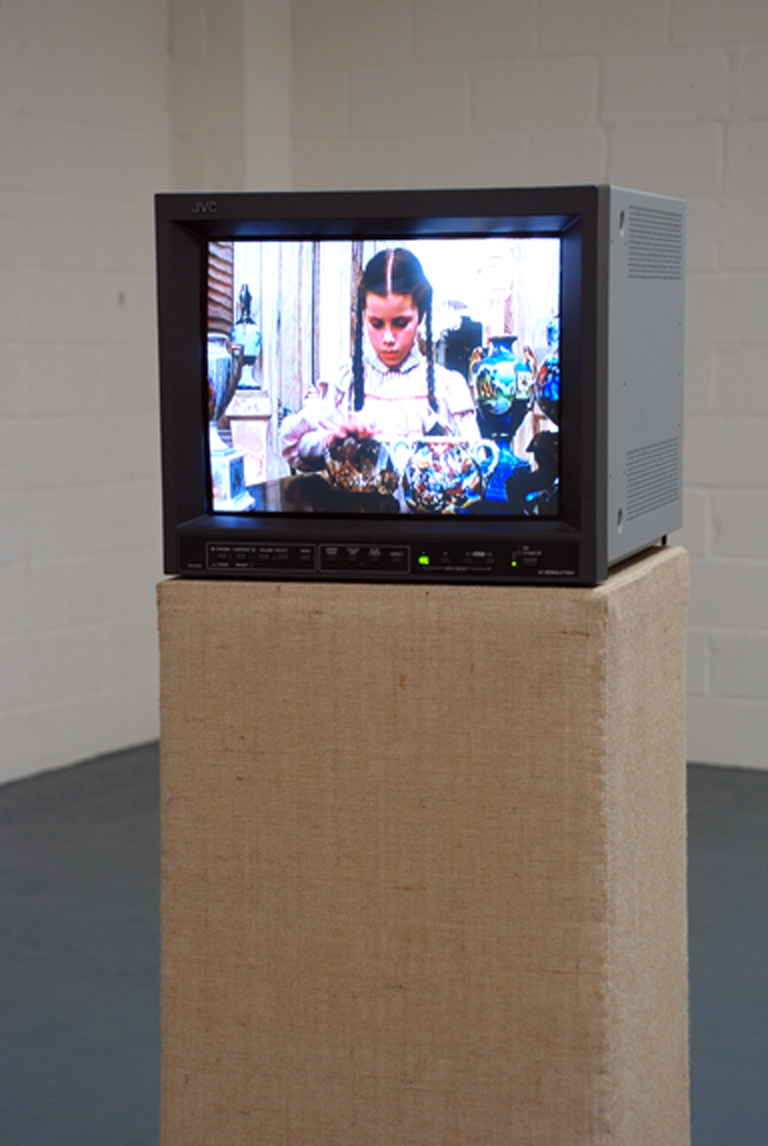